Meet the Syrian Artists Who Cartoon for Change 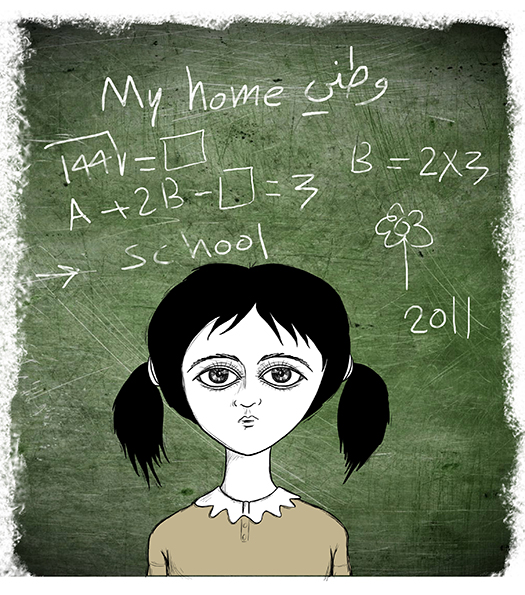 Since the Save Syrian Schools Project released its report, "We Didn't Think It Would Hit Us: Understanding the Impact of Attacks on Schools in Syria" last month highlighting attacks on schools during seven horrific years of conflict, the fighting and atrocities in Idlib have accelerated and increased. Similar to children throughout Syria and in the diaspora, those living in Idlib have been displaced multiple times, and UNICEF estimates that over 1 million children there are currently at risk. With Syria’s future hanging in the balance, art has surfaced as an important tool to keep the human impact of the crisis in the limelight.

Diala Brisly and Hani Abbas, two cartoonists and contemporaries, know firsthand the power of images to document conflict, and of cartoons —consumed by children and adults alike —to promote action. Abbas is a Syrian-Palestinian cartoonist, born in the Palestinian refugee camp of Yarmouk, near Damascus in Syria. He became an asylum seeker after he shared a cartoon showing the flower that symbolizes the Syrian Revolution as immortal on social media. In May 2014, he was awarded the Editorial Cartoon International Prize. Brisly is a self-taught cartoonist and animator born in Kuwait in 1980 who returned to Syria when she was 10, and fled Syria in 2013. Her work went viral after she began painting the walls of refugee schools, tents, and buildings with images of children.

With a clear vision for change, the two artists joined the Save Syrian Schools project in its effort to spark high-level dialogue and advocate for accountability and policy change in Syria. Their artwork includes images depicting children caught in the rubble of schools destroyed by targeted bombing and has served as an invaluable tool to highlight the perils Syrian children face today and those they will encounter tomorrow. ICTJ sat down with Brisly and Abbas to learn more about what keeps them motivated.

ICTJ:Can you tell me more about some of the challenges you witnessed in your childhood and how they inspire your work?

Hani Abbas: I was born in a refugee camp in Damascus. That, by itself, was hard enough.

When I was a child, the camp was small and was growing very slowly. As Palestinians fighting for a cause, we listened to political debates and tried to understand the world from a very young age. Searching for the meaning of justice, freedom, independence, and Palestinians’ right of return, my generation has become more open toward what is happening around us. We most certainly have a cause to fight for.

Diala Brisly: Growing up, I found that art was a good way to escape all the madness of my childhood. Years later, I took advantage [of my surroundings] and drew a [refugee] girl selling things in street instead of going to school, wearing a life jacket. 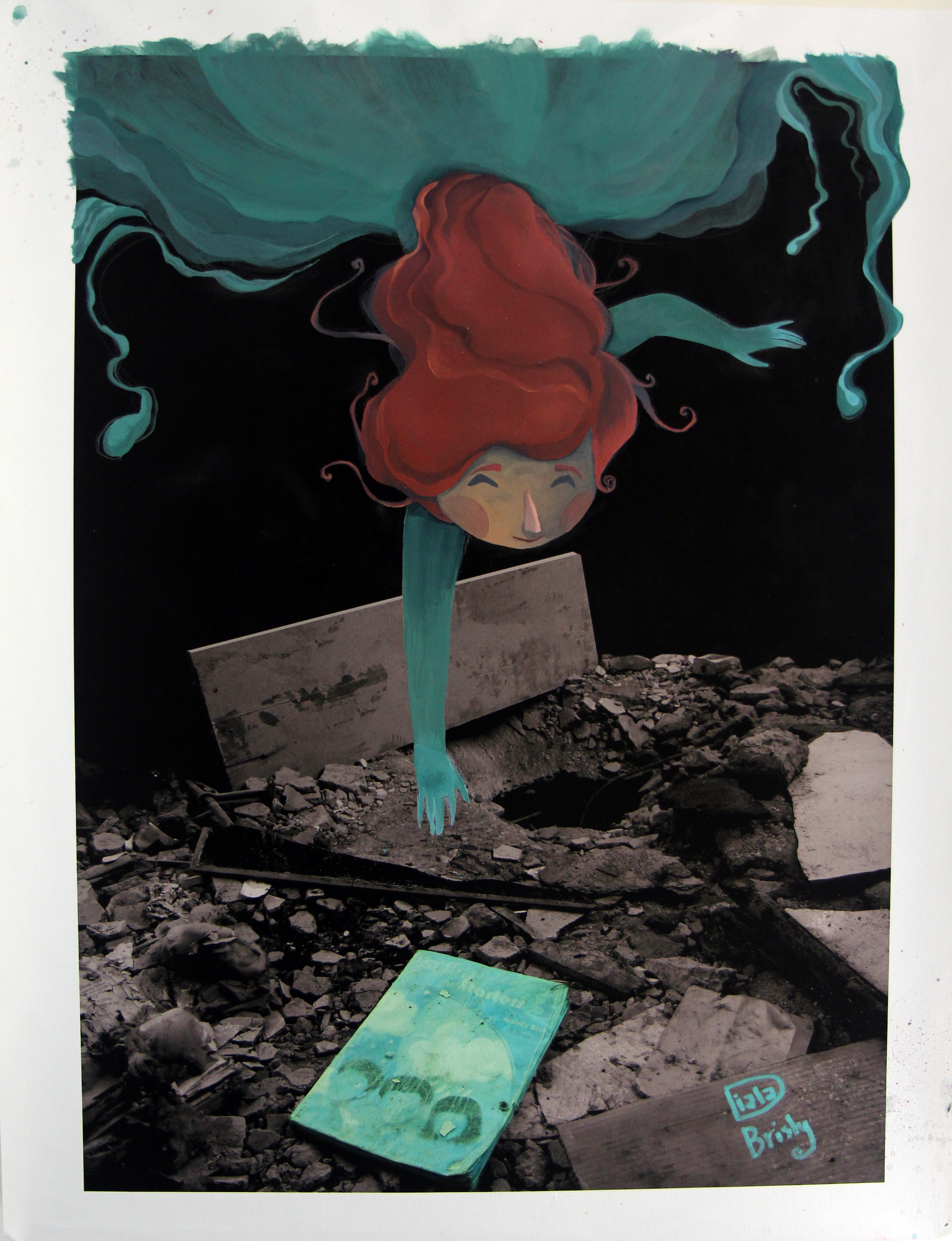 ICTJ:You have been politically active throughout your career. What are some of the messages you have expressed through cartoons?

Diala Brisly:In the beginning, I always tried to shine a light on what the Syrian regime is doing and insisting that we have the right to reject the dictator Bashar Al-Assad…Syrian kids are experiencing a big gap in their lives, especially in their education. While being aware that political activism can’t really change much immediately or impact decisions about the Syrian situation, I began to support alternative education and I also talked about the refugee crisis through my illustrations. 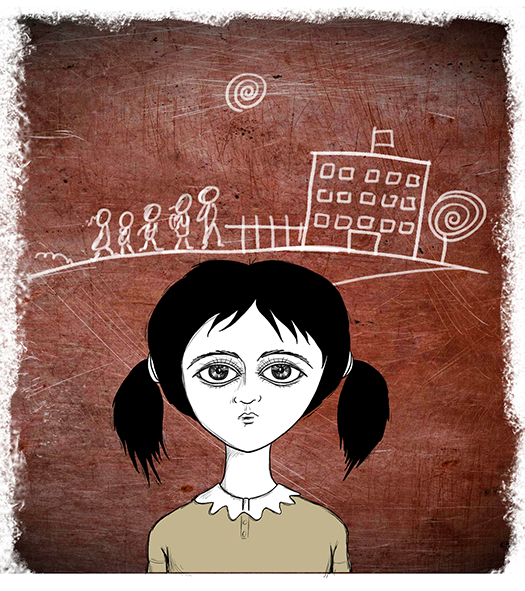 ICTJ:Why are cartoons such a powerful medium?

Diala Brisly:When you deliver your message based on a true story, but from your point of view, it can be more catchy for the human eye and the brain. So it pushes people to think about taking action.

Hani Abbas:Caricature is a very popular artform around the world. It is a visual condensation of reality, which makes it capable of telling a long and complicated story in one image. That is why it is both important and dangerous. The more a drawing is simple and meaningful, and the less words it contains, the higher its chances of success. 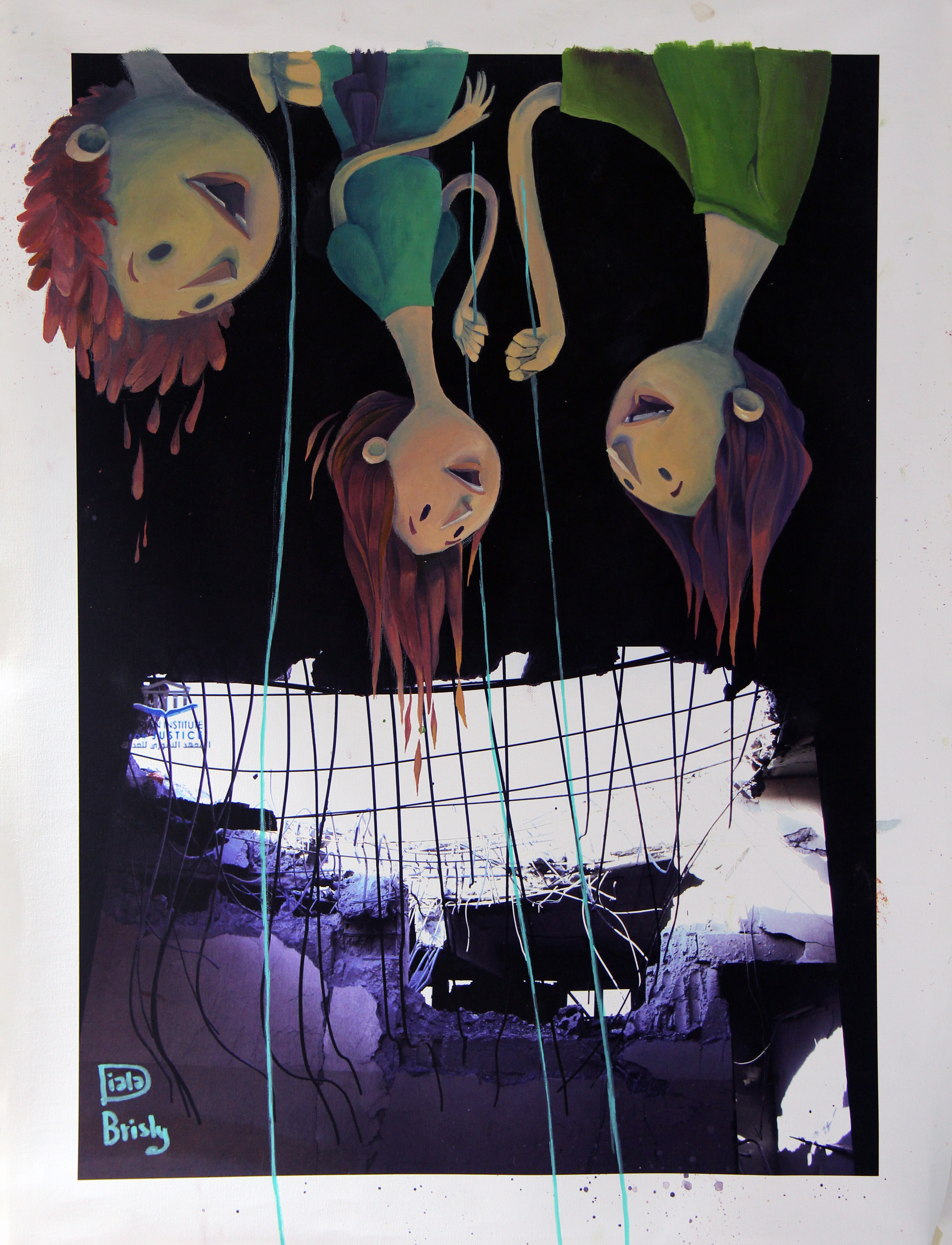 Diala Brisly: I was already passionate about education. I worked with traumatized kids in the refugee camps. I know what their life looks like, and what they have to face every single day, together with their memories of the war. They have to become adults; they have to work to support their families, and girls have to marry early, because it’s the only option their parents see. School becomes a luxury.

Hani Abbas: My drawings are a simple reflection of reality. It was not me who created this landscape of destruction. It was the bombing. Reality is much more distressing. On a psychological level, it is very hard to draw children in such positions. It is arduous work that requires a high degree of resolve and strength. Our only consolation is that these drawings allow people to know the truth about what is happening. We hope to one day be able to draw children playing amid beautiful landscapes, rather than images of destruction on the ground and missiles and barrel bombs in the sky. But at the same time, we want to hold the ones responsible for this misery accountable. 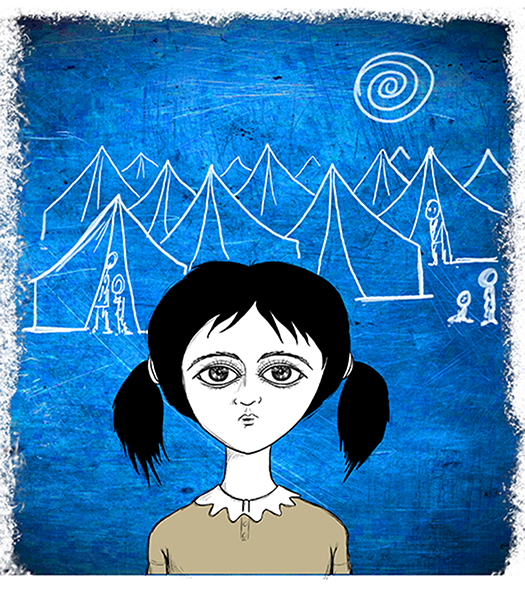 ICTJ:How can art help to document the impact of human rights abuses?

Diala Brisly:Because of social media, smart phones, today’s technology, photos that are coming from the war zone might look similar. Of course, they are important for documentation purposes, but they also serve as a spotlight.

Hani Abbas:Art is the true history of people. It remains the same, while all the texts written by politicians and historians about wars will be questioned later on. Art and literature tell the true stories. Therefore, artistic and literary works must be documented, just as war crime records are kept, as is the case in the Syrian war. The works of true writers and artists, in my opinion, should be the first draft used in any future attempt to produce a history of these events. 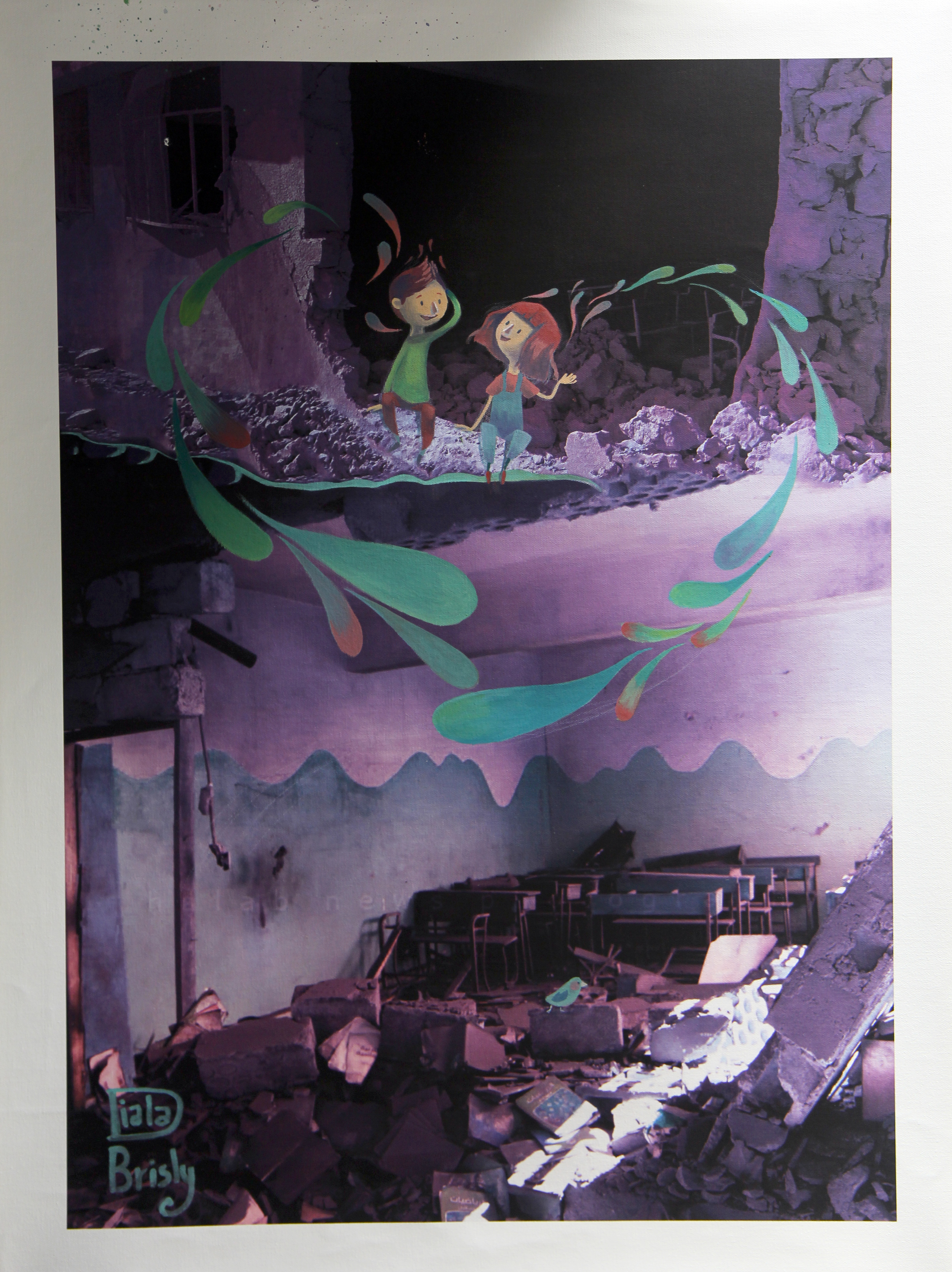 ICTJ:Specifically, do you see a bigger role for art in highlighting the impacts of the conflict in Syria and on children?

Hani Abbas: It is necessary and crucial to deploy every effort to protect children around the world, to reduce the effects that wars have had on them and to put them on the right track, allowing them once again to enjoy their natural rights guaranteed by international law. In Syria, a whole generation of children are suffering, as we speak, from all kinds of deprivation, intimidation, and displacement. We are in desperate need of a solution.